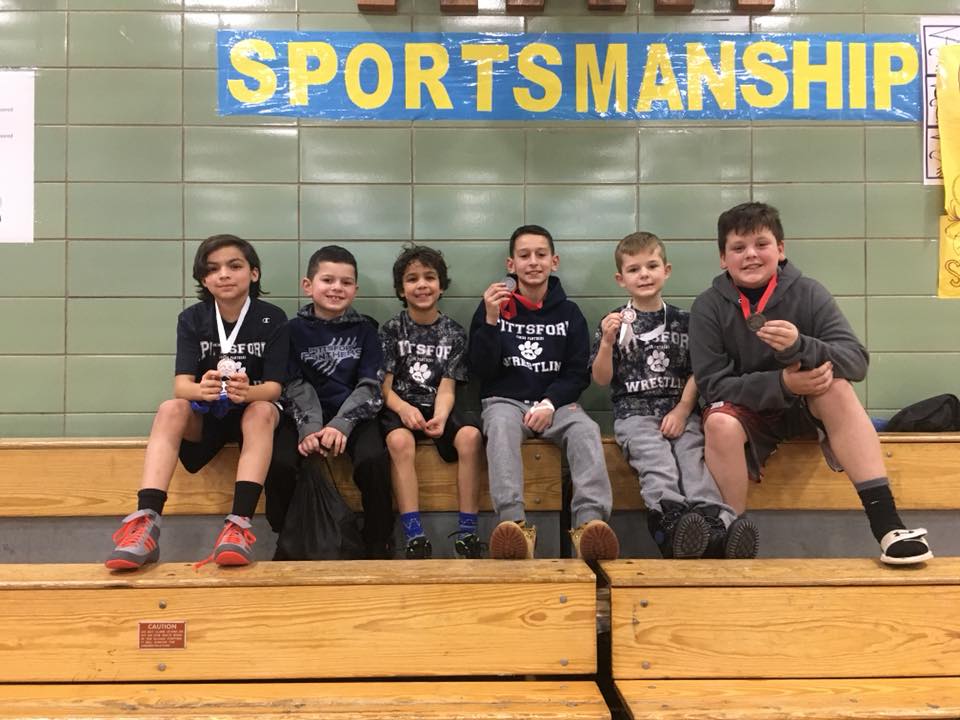 This year was our second year in the Greater Rochester Youth Wrestling League(GRYWL).  We had 4 matches last year and were able to have 8 official dual meets this year (as well as three unofficial duals).  In our first year we did not win a match as a team, but this year the Junior Panthers won three of our dual meets.  The kids got to travel as far as Brockport and Ovid fort he meets and had one match preceding the varsity match.  Zach Gebry and Jaxon Bernas were named as GRYWL All-Stars.

Individually we entered more tournaments this year compared to last year; we are getting the mat time to further our improvement.  The team had 16 wrestlers compete at the HFL Novice Tournament.  We also had 10 wrestlers at NYWAY state qualifiers this year (compared to one last year) with Kobe Bernas, Adam Gerby, Zach Gerby, Will Ciavarri, Jordan Russ, and Jaxon Bernas qualifying for the state championship.  Kobe ab Jaxon each earned a third-place finish.

Next year we are looking forward to continued improvements as well as continued development of good teammates on and off the mat.  The Junior Panthers would like tosay "Thank you" and "Good luck" to Ryan Finnell, Sam Higgins, and Andrew Holvey, our sixth-graders who are moving on to the next level.