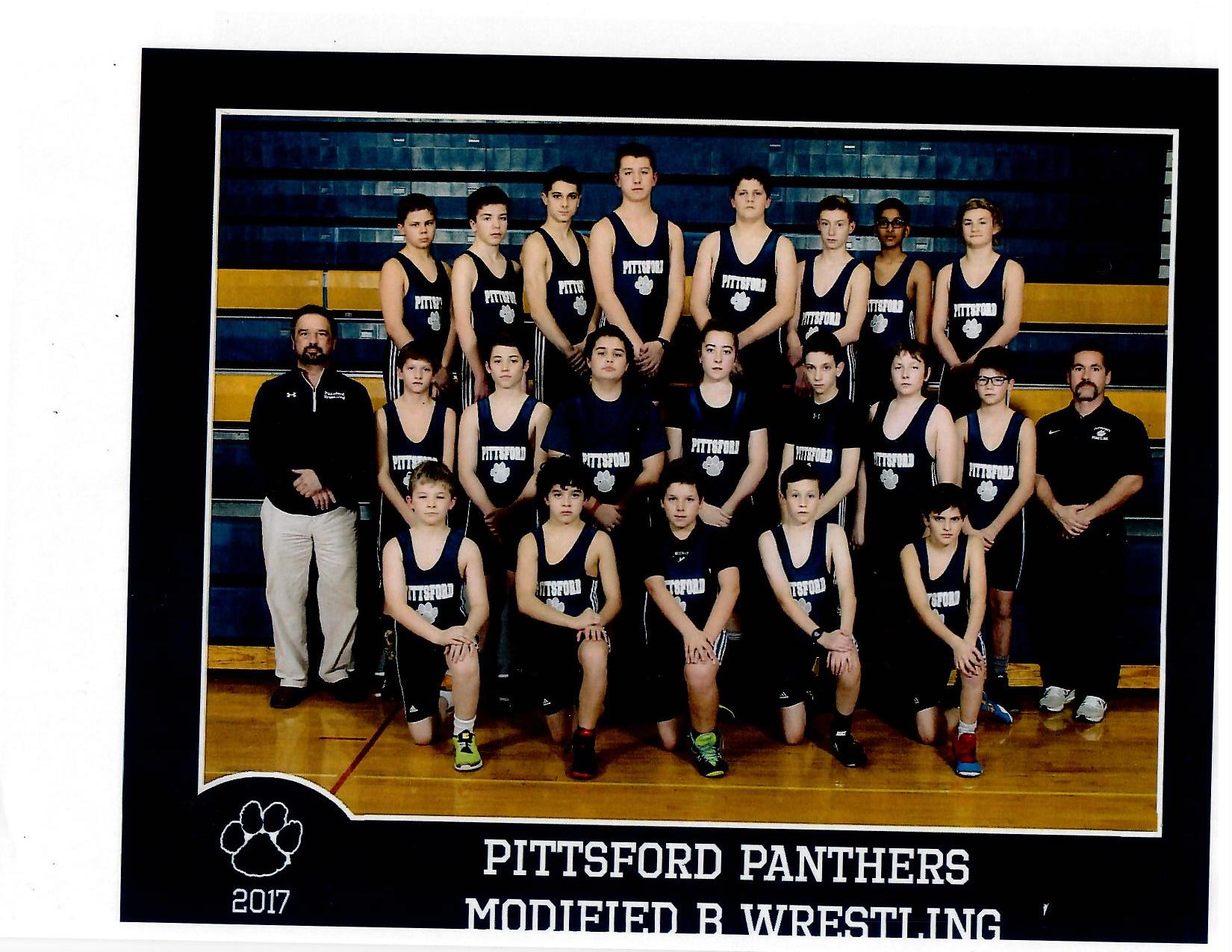 Thank you to all the Modified wrestlers that made this pastseason a special one.

While there were many young/first time wrestlers in theroom, Coach’s Moore and Schreib realized quickly that the standard forexcellence was high.  The energy andenthusiasm was contagious.  We’ve neverhad a group of wrestlers put in the extra effort day in and day out like thisgroup; we frequently commented to each other on how hard the wrestlers battled.

As a squad, we had many 1st and 2nd yearwrestlers so it was a slow start, you could tell that many of our wrestlerswere a little apprehensive. As the season progressed, and with the help of thefew veteran 8th graders, we were able to build some momentum. Withmomentum came a sense of pride and progress, it was contagious. While we don’t“officially” keep team scores at the modified level, the squad experienced agreat deal off success. Maybe more important than getting their hand raised, wegrew as a team. This group was constantly cheering for and supporting eachother on and off the mat. The comradery built and memories made in the practiceroom and bus trips this year was awesome to see.

These wrestlers, whether they realize it or not, have taken great strides this year as individuals and as a program. Of course, there remains work to be done, but the future looks great!

We look forward to watching these athletes progress in their wrestling careers.